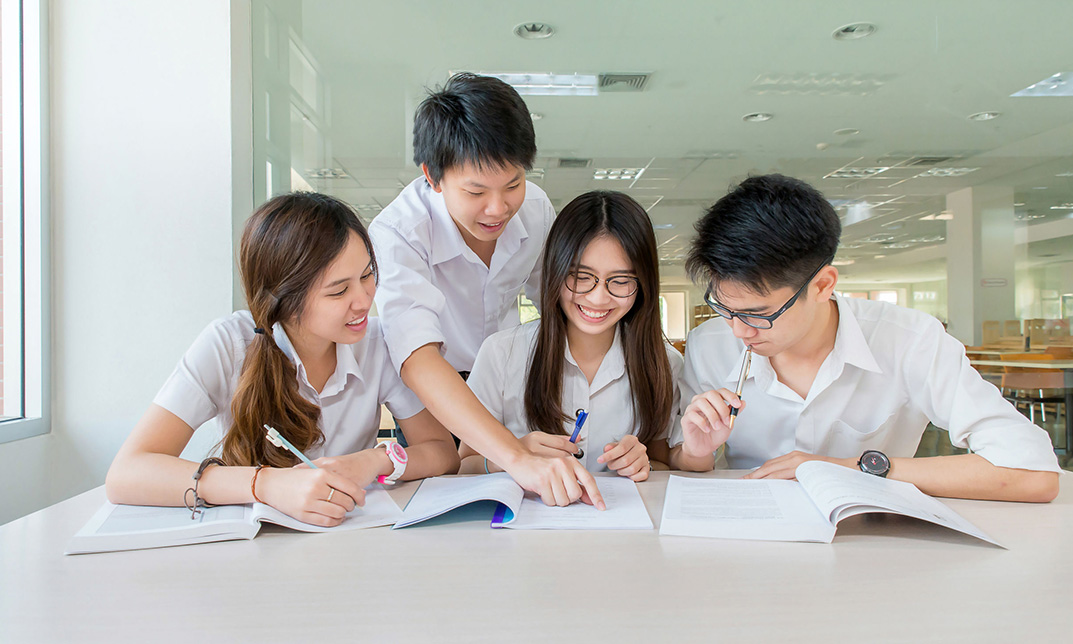 The Kingdom of Thailand, to use its official name, sees an influx of 16 million visitors annually. Many of these visitors are tourists and backpackers hoping to explore a culture and natural surroundings very different to their own. Thailand offers up a whopping 3,219 kilometers of idyllic coastline, which gives the mainland, and the many surrounding smaller islands, the gift of pristine sands and endless blue shores. Inland, hundreds of temples and historic buildings steal the skyline. Read on to find out the top universities in Thailand, the best student cities and practical information about study in Thailand.

Chulalongkorn University is the highest-ranked of all universities in Thailand, placed joint 247th in the QS World University Rankings® 2020. Founded by King Vajiravudh in 1917, the school is located in downtown Bangkok. Chulalongkorn University opened with four faculties, Medicine, Public Administration, Engineering, and Arts and Sciences and an enrollment of 380 students. The first commencement ceremony took place on October 25, 1930 when King Prajadhipok (Rama VII) conferred degrees to the first and second classes of medical students.

Today, the university consists of 18 faculties, three schools, three colleges and six institutes with a total enrollment of more than 32,500 undergraduate and graduate students. Chulalongkorn University has presented honorary degrees to a number of international dignitaries and heads of state including former US Presidents Lyndon B. Johnson and Bill Clinton, the late Indian Prime Minister Rajiv Gandhi, former South African President Nelson R. Mandela and H.M. King Don Juan Carlos de Bourbon of Spain. In 2006, Chulalongkorn University was ranked “Excellent” in both academics and research by the Commission of Higher Education. It also has been top ranked Thai’s university for the past 4 years by the Times Higher Education – QS World University Rankings. In 2008, it has been ranked 72nd for Social Science, 86th for Technology and 108th for Life Science & Biomedicine.

Mahidol University’s current student population is almost 29,209, including 1,358 international students. Aside from the main campus in Bangkok, it has remote campuses in the provinces of Nakhon Sawan, Kanchanaburi and Amnat Charoen. Mahidol University is based in the Bangkok metropolitan area in Thailand, where its international college runs a number of courses in English within the fields of engineering, environment and resources, information and communication studies, liberal arts, medical technology, nursing, physical therapy, social sciences and humanities, and veterinary sciences. Its three campuses feature badminton, petanque and tennis courts, a swimming pool, indoor stadiums, research centers and cafeterias.

Chiang Mai University was founded in January 1964, in a Royal Charter granted by His Majesty King Bhumibol Adulyadej. CMU, or Mor Chor as it is known locally, was the first institute of higher education in the north, and the first provincial university in Thailand. Since our opening in 1964, with the three founding Faculties of Science, Social Sciences, and Humanities, we have continued to augment our structure and organization in terms of premises, the range of disciplines offered, and student enrollment.

Today, CMU has seventeen Faculties with 107 individual departments, and a Graduate School. We currently offer a total of 253 programs: 3 Certificate Programs, 87 undergraduate programs and 163 postgraduate and graduate diploma programs, to more than twenty-five thousand students. In addition, two international Bachelors program and 18 international Masters and Doctoral programs, taught in English language, are presently being offered to international students by Social Sciences, Health Sciences, and Science and Technology faculties.We have three campuses, which together cover about 3,490 acres of land. The main University campus, Suan Sak campus, lies about 5 kilometres west of the city center. Set against the backdrop of Doi Suthep Mountain, the campus occupies a 725-acre site, bounded on three sides by busy shopping streets and on the fourth by Chiang Mai Zoo. Here you will find the University?s administrative centre, the Science, Engineering, Humanities, and Social Sciences faculties, the Graduate School, all of the Campus Resource Facilities and Services and our major sports facilities. An attractive feature of this campus is the Ang Kaew Reservoir. Constructed to supply water for the University, it also provides an idyllic recreational area for both campus residents and the local community.

Other universities in Thailand featured in the latest QS World and Asia University Rankings include:

Thammasat University, the second oldest university in Thailand, is one of the best known and respected institutions of higher learning in the country. Officially established on 27 June 1934, the university was originally named “Thammasat Lae Karn Muang” or the “University of Moral Science and Politics”. It started out as an open university with 7,094 students enrolled in its first academic year studying law and politics.

The guiding philosophy of the the university was “to teach students to love and cherish democracy”. Over the decades since its founding, Thammasat University has evolved from being an open university for law and politics to a prestigious international university offering all levels of academic degrees across a broad spectrum of fields and disciplines. It has graduated more than 300,000 undergraduate and graduate students who have greatly contributed to the development and progress of Thai society and the nation. The university’s alumni have included Royal Family members, prime ministers and government figures, leading corporate figures and national artists.

Kasetsart University is a university known internationally for academic excellence and work of world standard. It is a prime mover in mustering intellectual resources to help the nation achieve sustainable development and negotiating power in the world community. Kasetsart University gathers wisdom and knowledge, creates and develops varied bodies of knowledge, and forms people who are intelligent, who think rationally, who behave morally, who are conscious of the common good, and who produce high standard work capable of competing in the world market. The university manages its resources efficiently, joins in the development of the community, and is responsible to society so as to serve as an important instrument in ensuring the well being and security of the country. Kasetsart University devote itself to the task of accumulating and developing intellectual knowledge. It thrives for the growth in academic wisdom including ethical and moral excellence. In addition, it has a responsibility to play a leading role in keeping our Thai heritage alive and to ensure that it continues to grow to enrich the civilization of the notion.

KMUTT is indeed well known for our innovative programs and strong curricula in science, technology and engineering. In addition, we have developed a reputation for outstanding research, skilled and proficient graduates, distinguished faculty members and effective supporting staff. As the first government institute to become an autonomous university in Thailand, we are better equipped to service the needs of our students and to direct research to real industrial and community issues. Currently, strong emphasis is being placed on knowledge integration, that is, how graduates make use of their acquired knowledge or apply knowledge to practical work situations.

Khon Kaen University (KKU) was one of four regional universities established in 1964 as part of a decentralized development plan for higher education in Thailand. The campus is located in the Northwestern sector of Khon Kaen, just a few kilometers from the center of the city. Situated in a most attractive park, the campus covers approximately 900 hectares. From small beginnings, KKU has grown enormously and is today home to seventeen faculties, three academic support centers, 2 academic service centers, a hospital and a research institute. In addition several new institutes are currently in pipeline and will, in time, open the University’s door further to the public and increase its roles, responsibilities and commitments to the region around. Currently the number of students is approximately 17,000 (including 1,700 postgraduates and about 70 students from overseas.) Although some students are housed in one of the 25 Halls of Residence, many students choose to find their own accommodation off campus.

Prince of Songkla University (PSU), established in 1967 as the first university in southern Thailand, consists of five campuses offering various programs of education consistent with the needs of their communities. Moreover, PSU also comprises 30 faculties, two hospitals, and more than 40 excellence and research centers, all committed to academic excellence, strong social responsibility, and active engagement in community services. The central aims of the university are to raise general education standards and support regional industry and development. Moreover, the university aims to establish excellence in research and teaching, to provide academic services to communities, and to take an active role in the preservation of national heritage in arts and culture, especially for those from southern Thailand. Therefore, as a leading research university in Asia, PSU has contributed significantly to the development of the country and consistently turned out well-qualified graduates of high professional standing.

PSU vision :: Prince of Songkla University is a leading research university in Asia, fulfilling its inspiration of producing internationally recognized graduates, actively engaging in providing services to community, taking a leading role in the preservation and enhancement of national heritage in arts and culture

Cost of Living in Thailand

Thai Food Dishes You Must Try